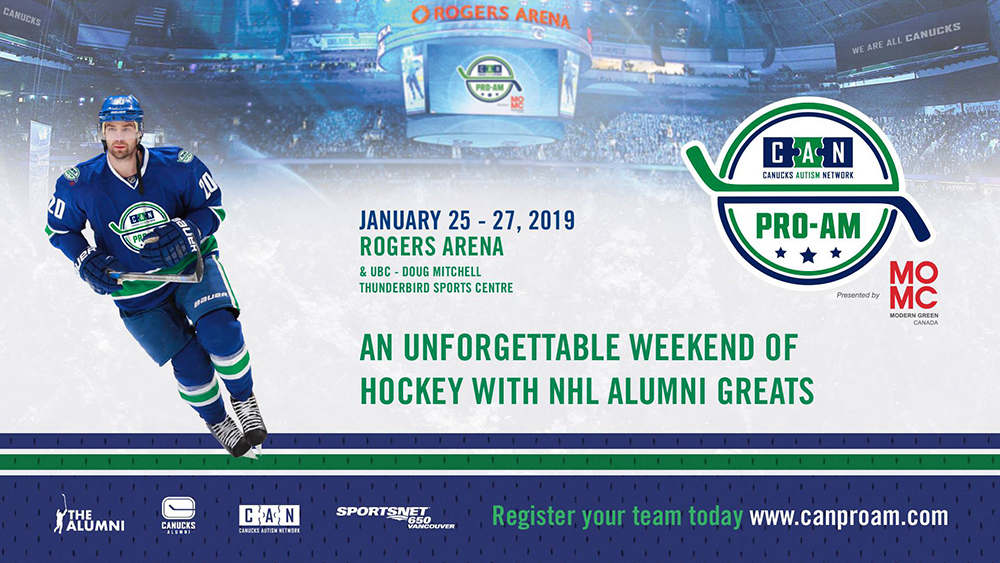 Founded in 2008, Canucks Autism Network (CAN) provides year-round sports and rec programs for children, youth, young adults, and families living with autism, while raising awareness and providing training in communities across BC.

The CAN Pro-Am raises vital funding for the growth of our skate and hockey programs province-wide, ensuring that children, youth and young adults with autism are taken off the sidelines and onto the ice!

ABOUT THE CAN PRO-AM

The tournament gives rec and corporate teams an exclusive opportunity to hit the ice and mingle with NHL Alumni, while supporting Canucks Autism Network (CAN).

On the 100-year anniversary of hockey in BC, the CAN Pro-Am will feature former NHL greats who have either played for the Vancouver Canucks or were born in BC. Confirmed alumni thus far include:

CAN supporters, hockey fans and friends/family of the participating teams are welcome to watch all the on-ice action!